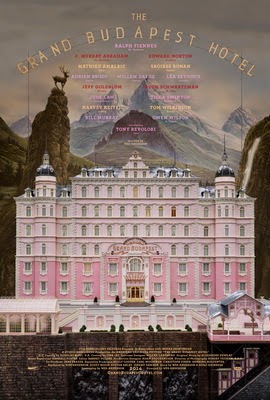 Wes Anderson is a director and writer whose name has become eponymous with his style. Anderson's third film, "The Royal Tenenbaums," marked a shift in directorial technique. While his previous two films, "Bottle Rocket" and "Rushmore" contain  traces of style that can be found in his later filmography, Anderson fore-grounded his technique with "The Royal Tenenbaums."

Wes Anderson's latest film, "The Grand Budapest Hotel," stands as being the most "Wes Anderson" film yet. Co-written between himself and Hugo Guinness, "The Grand Budapest Hotel" follows the adventurous story of hotel concierge Monsieur Gustave H. (Ralph Fiennes) and his newly appointed lobby boy Zero Moustafa (Tony Revolori). While Anderson is known for collaborating with the same actors on a frequent basis, Fiennes and Revolori are newcomers yet hold their own in a cast of Anderson veterans. Fiennes is as charismatic as he is charming, so it's no surprise that Revolori, playing the young and impressionable Zero, attaches himself to Gustave and finds not only a mentor but a close friend as well. The banter between Fiennes and Revolori is full of Anderson quip, and the perfect delivery between the two make it so that audiences  themselves feel like the third member in the journey.

Coming in is a large supporting cast mixed with even more newcomers as well as more notable veterans. Jude Law plays The Author, the initial narrator staying at the Grand Budapest Hotel. Willem Dafoe plays the bodyguard and hitman J.G. Jopling, and if any supporting member stands out, it's Dafoe. With the air of a menace, and the mannerisms of a sociopath , Dafoe is outright terrifying. Saoirse Ronan is Agatha, an apprentice baker at the Grand Budapest Hotel as well as the love interest of Zero; marked by a bizarre birthmark on her cheek, the meek appearance of Agatha is underlined by a bold spirit.  F. Murray Abraham, who is also a star of television show "Homeland," plays an older Zero with a sage-like atmosphere and narrates his story to The Author. What all these newcomers have in common is how well they fit within the film. Anderson's style doesn't stop at how he decides to shoot a scene or what music he decides to use but has seeped into his own character's mannerisms. From small idiosyncrasies, such as Gustave's obsession with a certain brand of cologne to Zero's futile attempts at drawing on a mustache, Anderson seems to have made the entire cast feel at home.

Wes Anderson veterans include: Adrien Brody as Dmitri, Jason Schwartzman as Monsieur Jean, Bill Murray as Monsieur Ivan, and Owen Wilson as Monsieur Chuck and returning member Edward Norton as Inspector Henckels. While these actors are relegated to more minor positions for the exception of Brody and Schwartzman's, Anderson manages to fit in their screen time, so that their short appearances help add to the overall ambience of the film.

"The Grand Budapest Hotel" almost runs into the problem of being too repetitive.  Returning to the Anderson crew is composer Alexandre Desplat and cinematographer Robert Yeoman; both Desplat and Yeoman have frequently collaborated with Anderson, and in combination with Anderson taking the role of writer, "The Grand Budapest Hotel" might seem too familiar with audiences well acquainted with Anderson's previous works.  The film's strengths such as its eccentric music, witty characters with odd mannerisms, and  extremely parallel sets, are all techniques that Anderson has constantly done before. The film avoids this by never being too self-absorbent and with Anderson's heavy use of newer actors, "The Grand Budapest Hotel" can seem fresh but like the shift from "Rushmore" to the "Royal Tenenbaums," Anderson's next film needs to see a change in style.
Posted by Anthony Dominguez at 3:01 AM
Email ThisBlogThis!Share to TwitterShare to FacebookShare to Pinterest
Newer Post Older Post Home